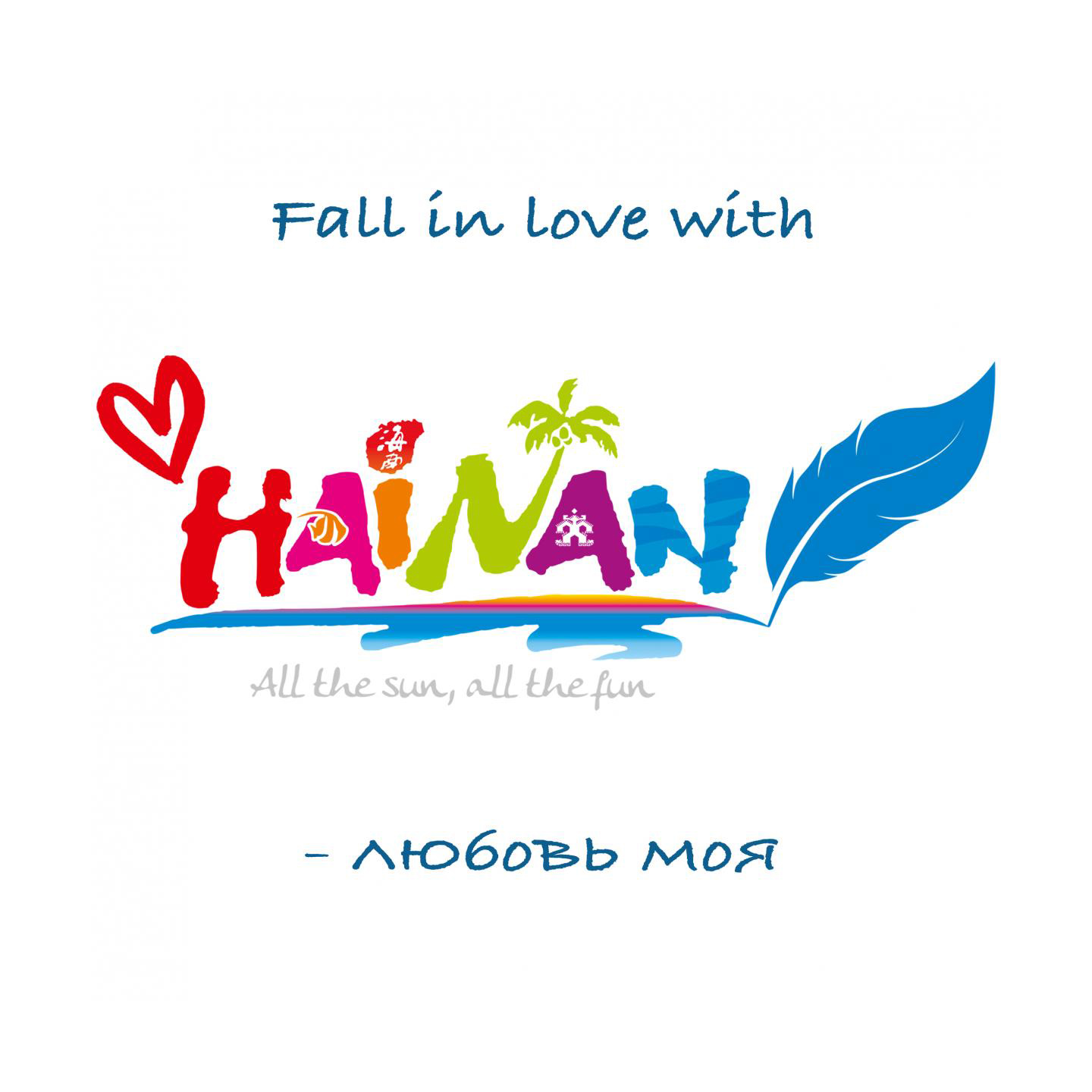 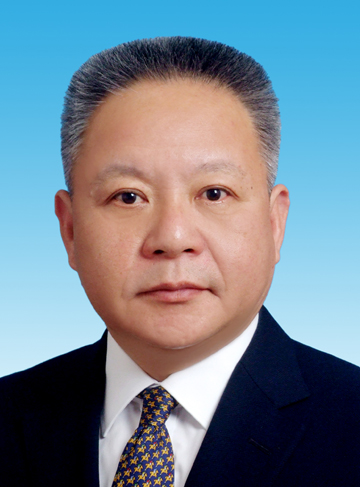 The People's Government of Hainan Province

The Chinese authorities pay special attention to the development of Hainan Province, and over the past few years, the province's economic indicators have gone up: in 2017, the gross regional product of the island increased by 7%, and in 2018 - by another 5.8%, up to 483.2 billion yuan  (more than $ 71 billion).

On the basis of this, a document was developed that provided a number of measures to comprehensively deepen reforms and openness in Hainan.

Against the backdrop of an ever-changing global economic situation and accelerated restructuring of international trade rules, this national strategy has demonstrated to the world the determination of China to promote economic globalization and openness.

In the modern technocratic world, for the development of the region and improving the living standards of the population, it is necessary to be the first in the race of innovative technologies. Therefore, the provincial authorities are developing and implementing the latest technological advances, which, combined with financial capital, are expected to turn Hainan into a thriving zone with excellent ecology and high living standards, with advanced infrastructure and diversified industry economies, attractive wages and jobs.

The PRC leadership pays special attention to holding international forums that increase the recognition of the island and help build strong ties with other countries. 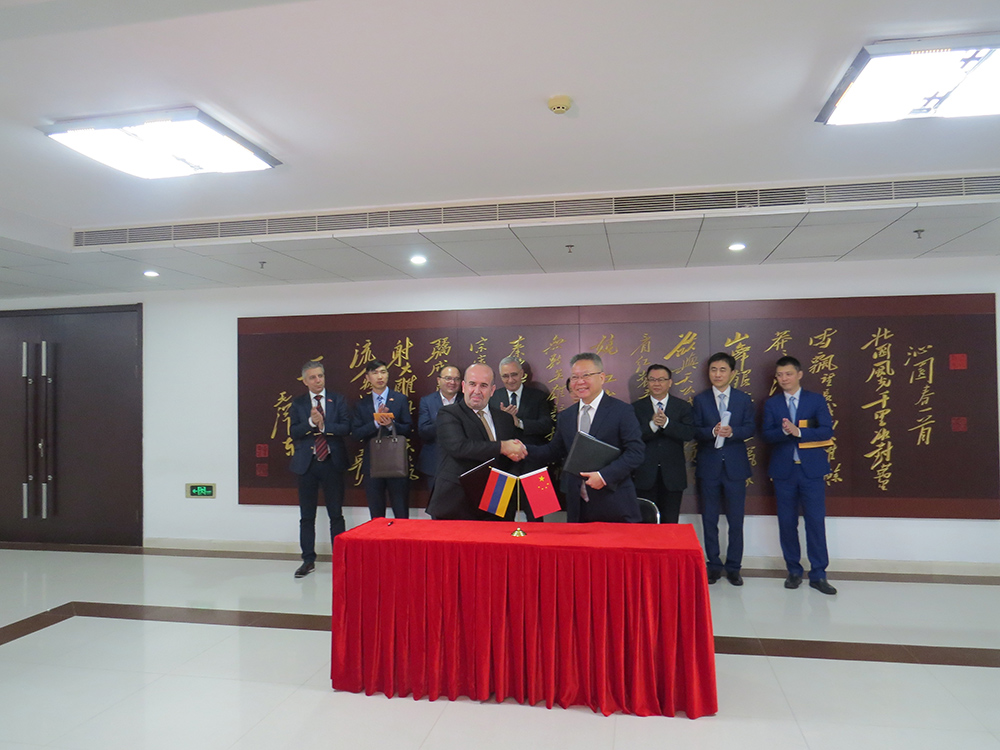 Hainan - is the permanent venue for the annual Boao Forum for Asia.

One of the priority areas of the province is to attract professionals from other countries. To ensure high mobility of labor resources, the authorities plan to simplify the formalization of foreign specialists and regularly hold international job fairs.

About 57% of the structure of the added value of Hainan Province falls on the services sector, about 22% - on industry, up to 21% - on agriculture. The Chinese government took into account industry specifics and identified 13 areas, which will be developed in the first place. These include: tourism, high-performance agricultural production, internet technologies, medicine, pharmaceuticals, modern financial services, the exhibition business, logistics, the oil and gas sector, low-carbon manufacturing technologies, innovations, the cultural and educational sector and sports.

On Hainan island harmful production is completely prohibited. In the southern part of the island, industry is kept to a minimum. This allows the province to constantly lead in ratings of clean air and water.

The combination of tropical climate and sea monsoons, the cleanest sea and thermal springs turned Hainan into a natural health resort of thalassotherapy (treatment by the sea), not only Chinese, but also world-wide, “international tourist island”. It is not without reason that it is also called “long-life island”.

For the further development of the tourism industry, in 2018 Hainan initiated 26 new international flights, now 74 regular air routes connect the resort island with other countries. With the support of the provincial government, in December 2019, a direct flight connection between Haikou and Moscow was opened. China is ready to subsidize the opening of new destinations for about three years, until such flights become popular with travelers. In 2020, the authorities of Hainan intend to bring foreign tourist flow to 2 million people.

More than 76 million domestic foreign tourists visited Hainan Island in 2018, which is 11.8% more than a year earlier (Xinhua News Agency).

According to the director of the provincial department of radio, television and sports culture Sun Ying, the province's tourism income in 2018 grew by 14.5% and exceeded 95 billion yuan ($ 14 billion).
Historically, Hainan was part of the mainland territorial-administrative units, in particular - the province of Guangdong. In 1906, the leader of the Chinese revolution and future first president of China, Sun Yat-sen, for the first time proposed to separate the island into a separate province. This idea was implemented in 1988, when Hainan became the smallest province in China. The county also includes the islands of Xisha, Zhongsha and Nansha in the South China Sea. The county governing body is the government of the Hainan Administrative District under the People's Government of Guangdong Province. In August 1987, the Council of State proposed the establishment of Hainan as a province. In 1988, Hainan became the 30th province of China and its largest economic zone.

Hainan Province manages 9 cities, 10 counties, as well as islands and reefs of Xisha, Nansha and Zhongsha islands, as well as the sea waters around them. 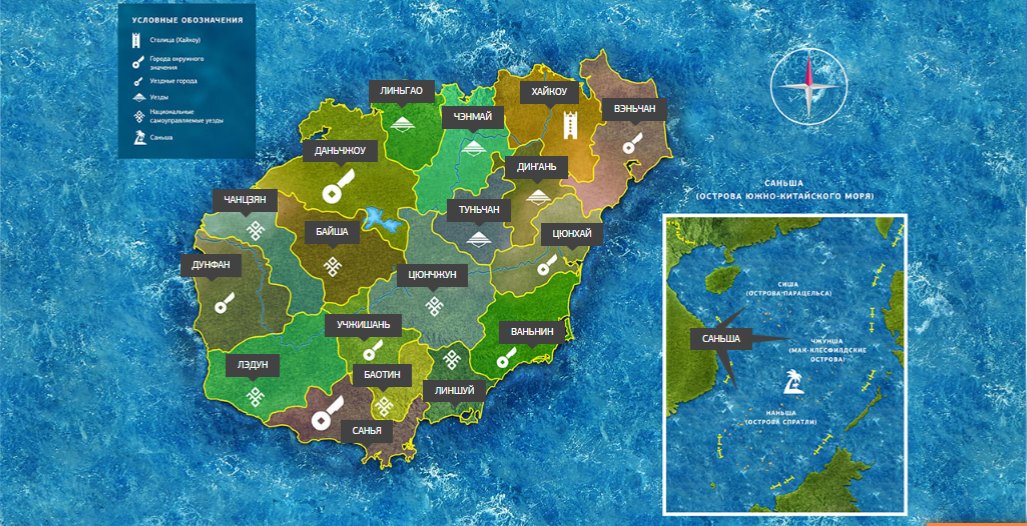 The tropical island of Hainan is located in southern China, on the same latitude as Hawaii, which is why it is often called "Eastern Hawaii". Its territory amounts to 33 920 km². The island is washed by the waters of the South China Sea, serves as the border between its open part and the Gulf of Tonkin.  It is separated from the Leizhou Peninsula by the narrow shallow strait of Qunzhou.

Hainan has long been part of Eurasia. It disconnected from the mainland in the Pleistocene or Pliocene epoch. Currently, it is slowly drifting to the southeast, deep into the South China Sea.

In the center of the island, upward movement persists. The highest point is Wuzhishan - 1867m. There are several more peaks that overcome the mark of 1500m. Hainan is considered a seismically and volcanically active site. Volcanism occurs inside the Eurasian Plate. The last weak eruption was observed in 1933 in Chenmai County. Craters are grouped off the northern coast of the island.

The average temperature is from 22 to 26 degrees Celsius, and the annual rainfall is from 1600 to 2000 millimeters.  Hainan has more than 4,000 species of plants, making up 15 percent of the total number in the country, and 600 of them are native to this island. It is estimated that Hainan is home to 344 species of birds and 77 species of animals, of which gibbons, pangolins, rhesus macaques are protected by the state.

Hainan is rich in deposits of mineral resources (more than fifty): iron, titanium, zircon, hydrargillite (aluminum) and gold. Among others, it is worth noting sapphire, rock crystal and quartz sand. In the sea, around Hainan, and on the island itself there are oil and gas fields.