Meeting with Chairman of State Revenue Committee of Armenia

Chairman of State Revenue Committee Mr. Davit Ananyan had a meeting with the general director of «Fund for Regional Development of Chinese-Armenian Relations» Mr. Vladimir Simonyants. The head of the Fund presented a number of projects for strengthening economic relations between China and Armenia and increasing the turnover of exported goods between the two countries:

- On the convenient financial-economic platform for direct AMD-RMB convertation (without USD) for money transfers between the two countries;

- On two dimensional ID-QR code: for exempting Armenian products from taxes and custom fees in Hainan province (China) and, subsequently, in a number of other provinces and cities in China;

- On attracting investors, without state guarantees of other financial obligations from the Government of Armenia, for construction of dwellings and commercial space, social construction, as well as for founding a number of factories in Armenia;

Mr. Ananyan listened to the proposals with huge interest and suggested to continue close cooperation with the respective officials of the State Revenue Committee for furthering the projects. Mr. Ananyan agreed, that the proposed projects are very promising, and took measures for arranging coming meetings on this subject. 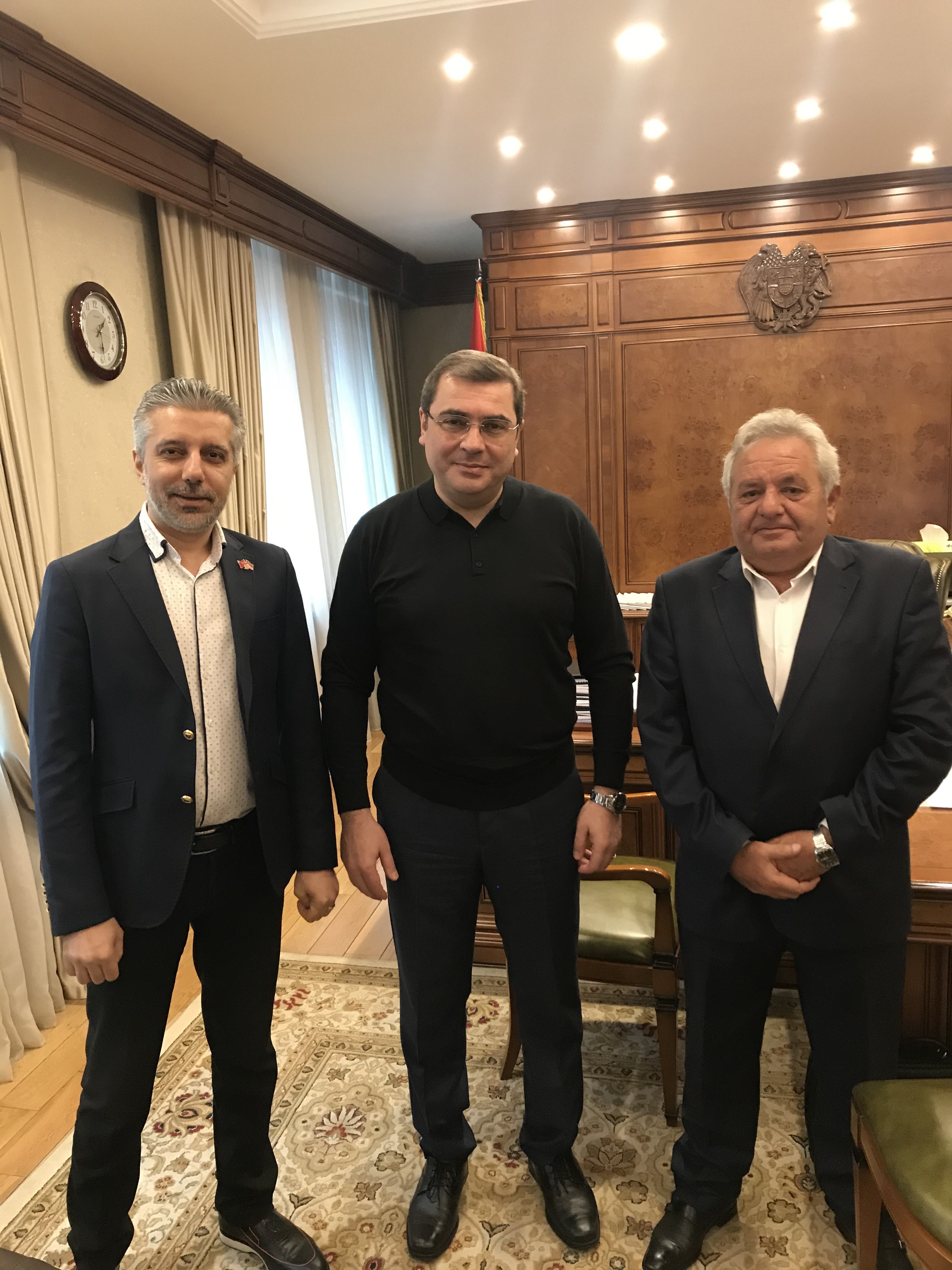